The creation of industrial building installations concerns the need of the company ASSODIVERS LIMITED for its new offices, in the area of ​​Elefsina.
Initially, emphasis was placed on the thorough recording of the needs that the company wanted so that the architectural proposal is complete (customer preferences, philosophy and company vision). Our goal was to find the optimal solution for the specific building and for the specific employer by creating an industrial building of modern standards.

The load-bearing structure of the building is made entirely of metal construction, mixed with concrete slabs, and the foundation elements are made of reinforced concrete.
As far as the Office Building is concerned, the shell on both sides (East and West), closes with a suspended curtain wall aluminum system, while on the north side there is a cladding of light gray reinforced cement boards. This material is also found on the West side, at the end of the office building, marking the entrance of the staff.

On the north / northwest side of the office building, on the first floor, there is an arched cantilever zone, which is surrounded by vertical aluminum blinds for shading.
On the A ‘and B’ floors of the office building, open spaces for the interior are provided. More specifically :
– On the first floor, a semi-outdoor covered space is formed
– On the 2nd floor there is a walkable room (Veranda) in the Northwest corner of the building and an empty patio area, centrally at the core of the floor.

In front of the curtain wall of the office volume, aluminum awnings are provided – vertical elements of the balconies, in white color, which are an aesthetically integral part of the facades of the office building. These awnings are intended to improve the bioclimatic behavior of the building, offering better working spaces inside and significantly reducing the energy consumption required to cool the spaces during the summer.

As far as the Industrial Building is concerned, it is covered perimetrically with thermal insulation panels of sloping cover, with color alternation of gray with white, which define the vertical zones of the openings. The side openings of the Ground floor and the first floor are covered with aluminum frames, projecting outwards, while the upper stations are covered with aluminum frames firmly. On the roof of the building are provided thermal insulation roof panels, some of which are transparent, for the lighting of the underlying space.

There are 3 entrances to the Industrial Building (1 Loading & Unloading & 2 Machinery), of which 2 will be covered with sliding double-leaf sliding doors and the 3rd with a heavy industrial automatic roller shutter. Similarly, with a heavy-duty roll, the entrance of the Warehouse on the West side of the office building will be covered. 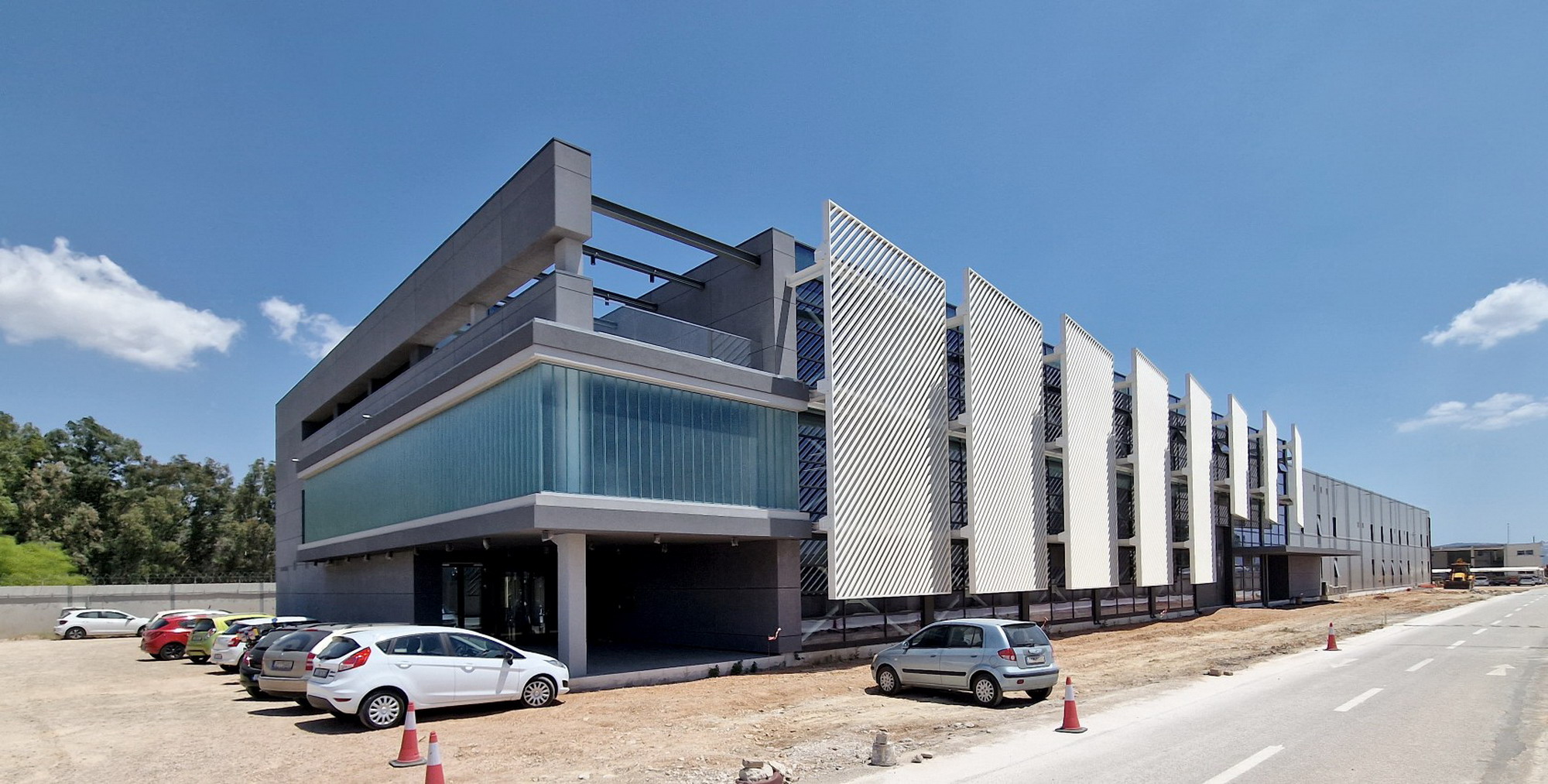 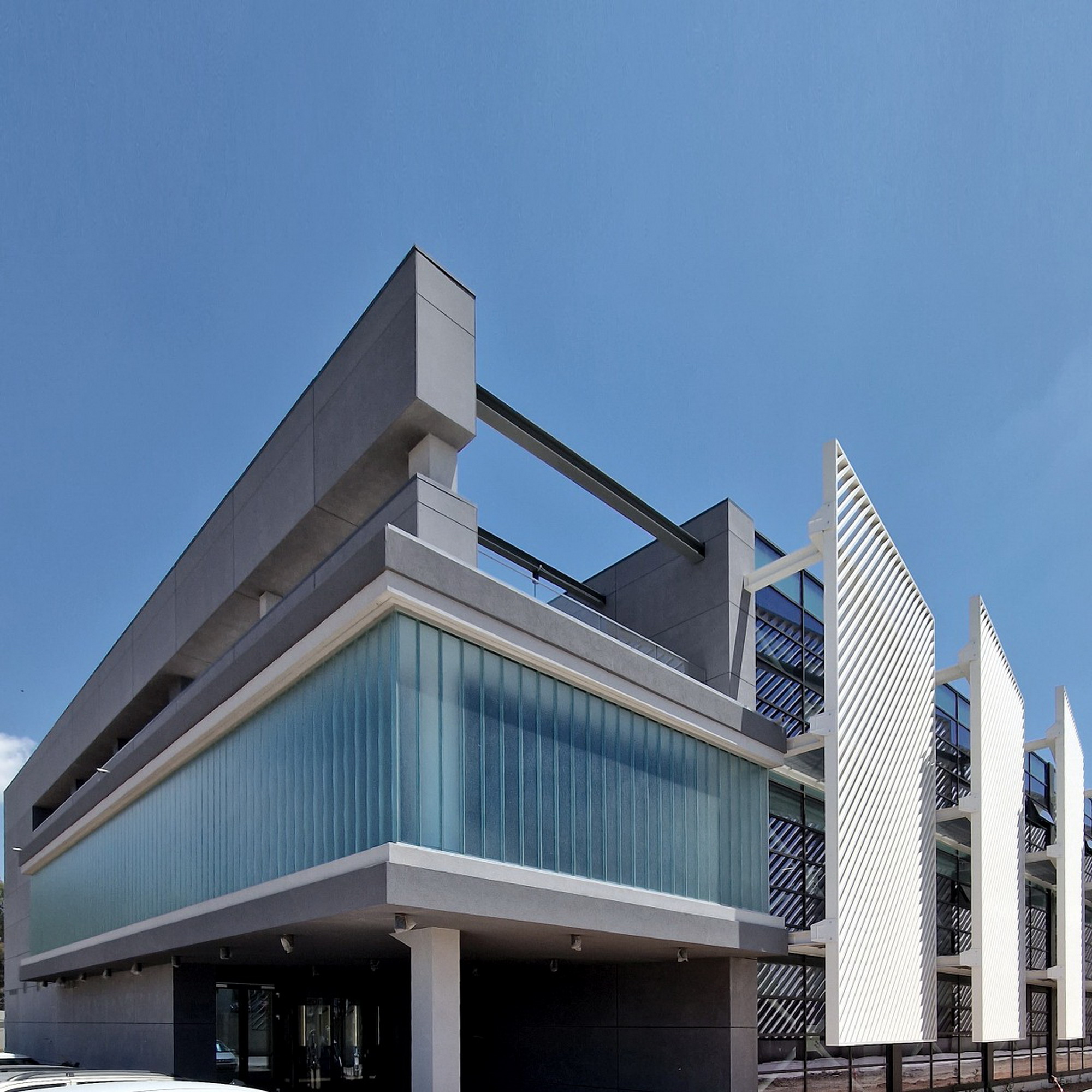 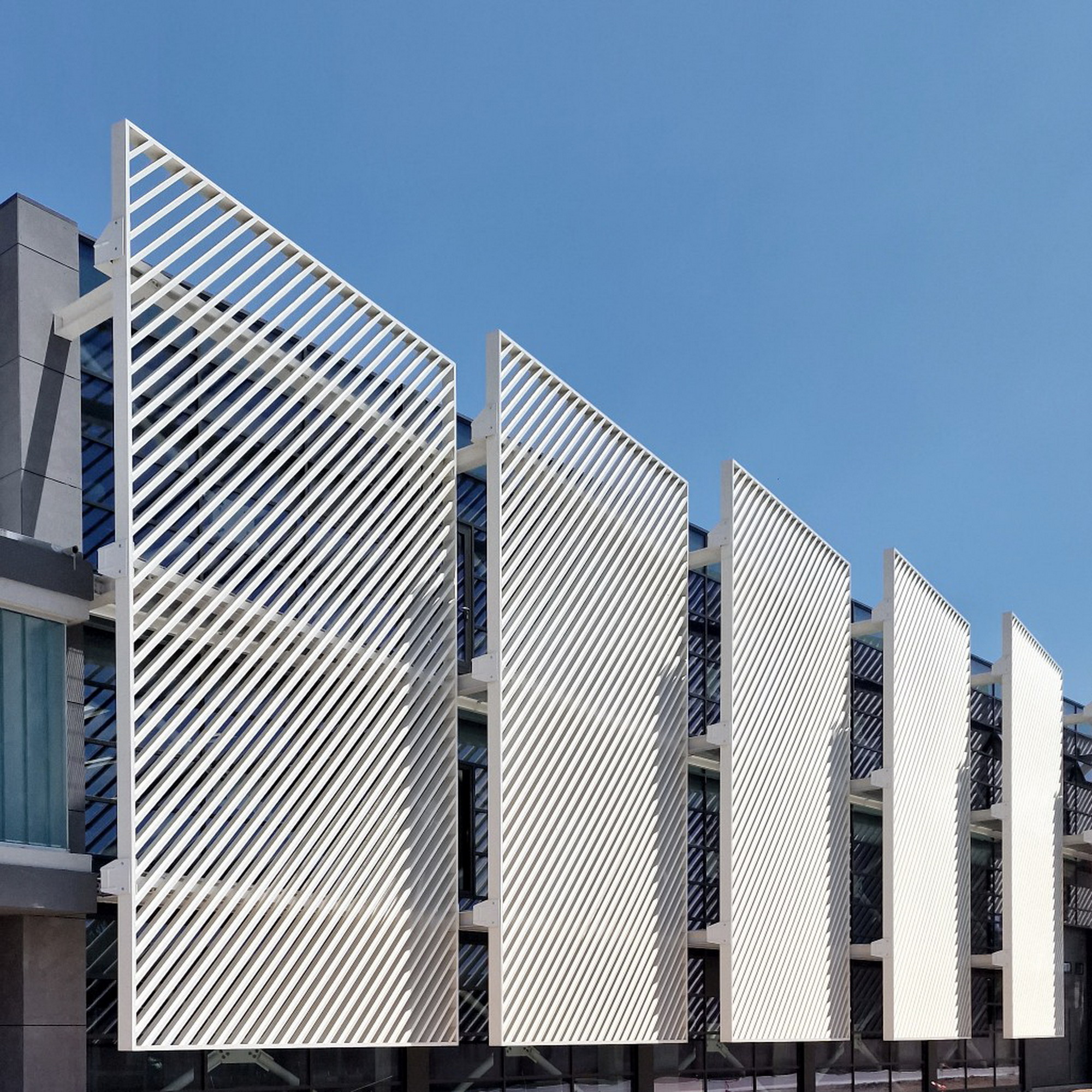 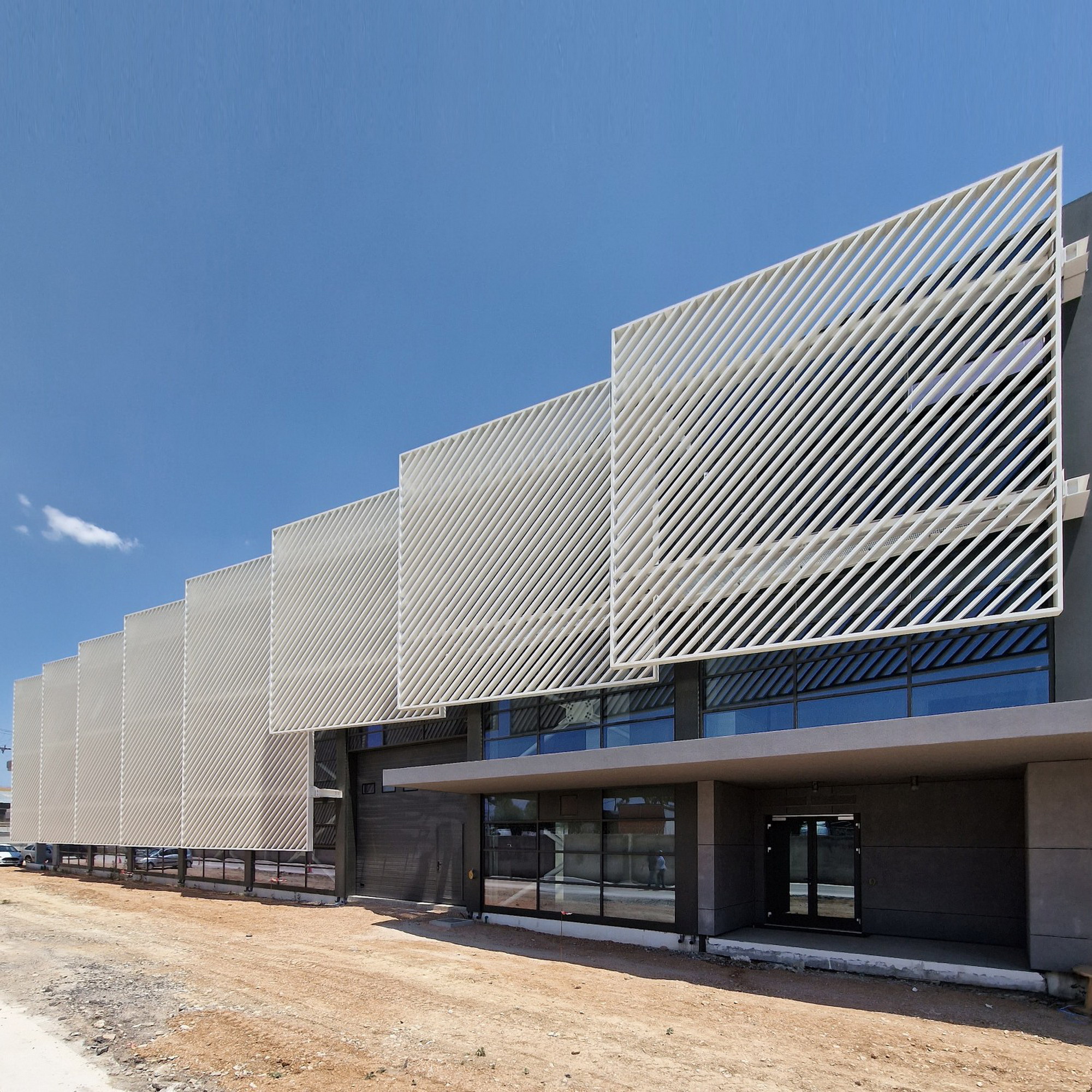 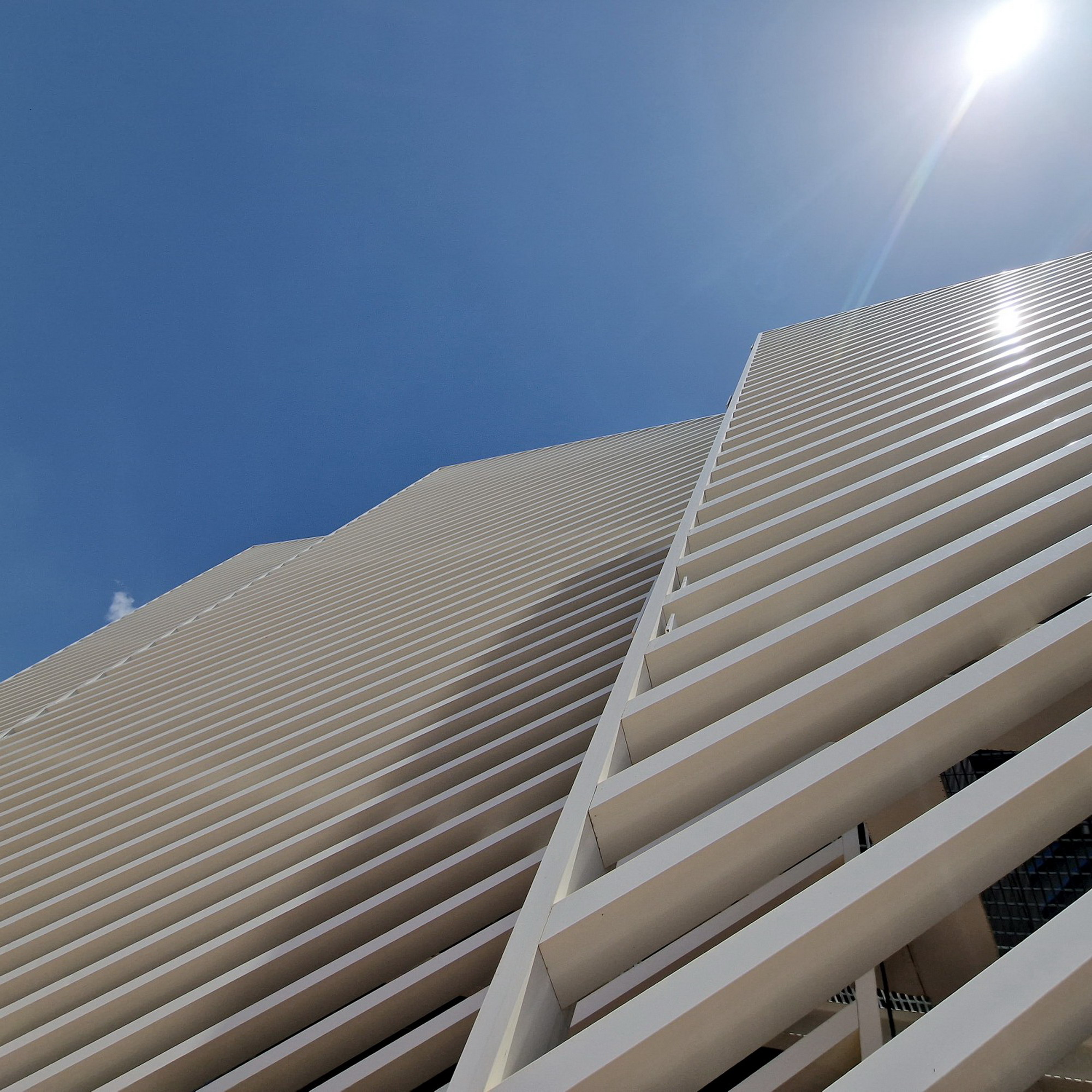 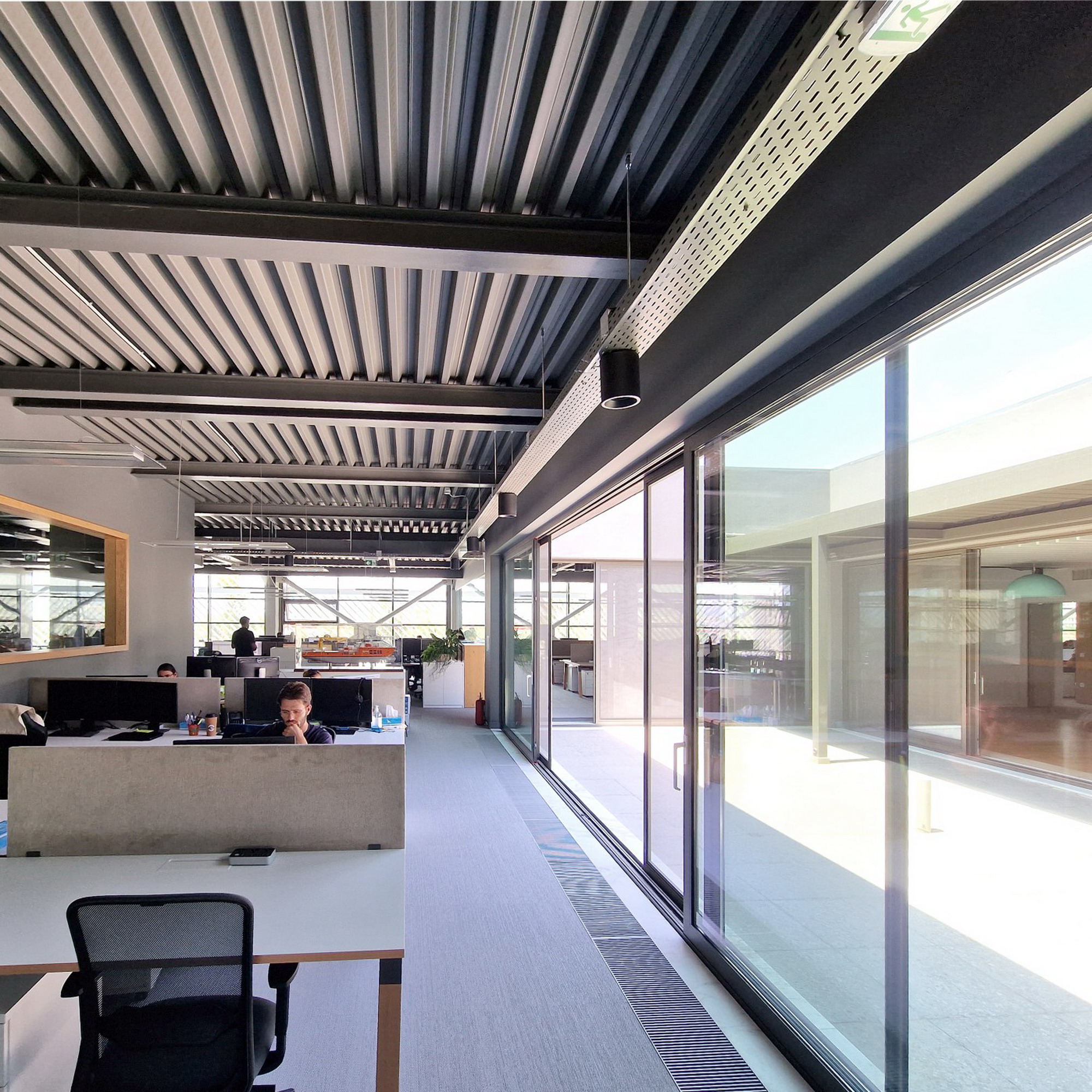 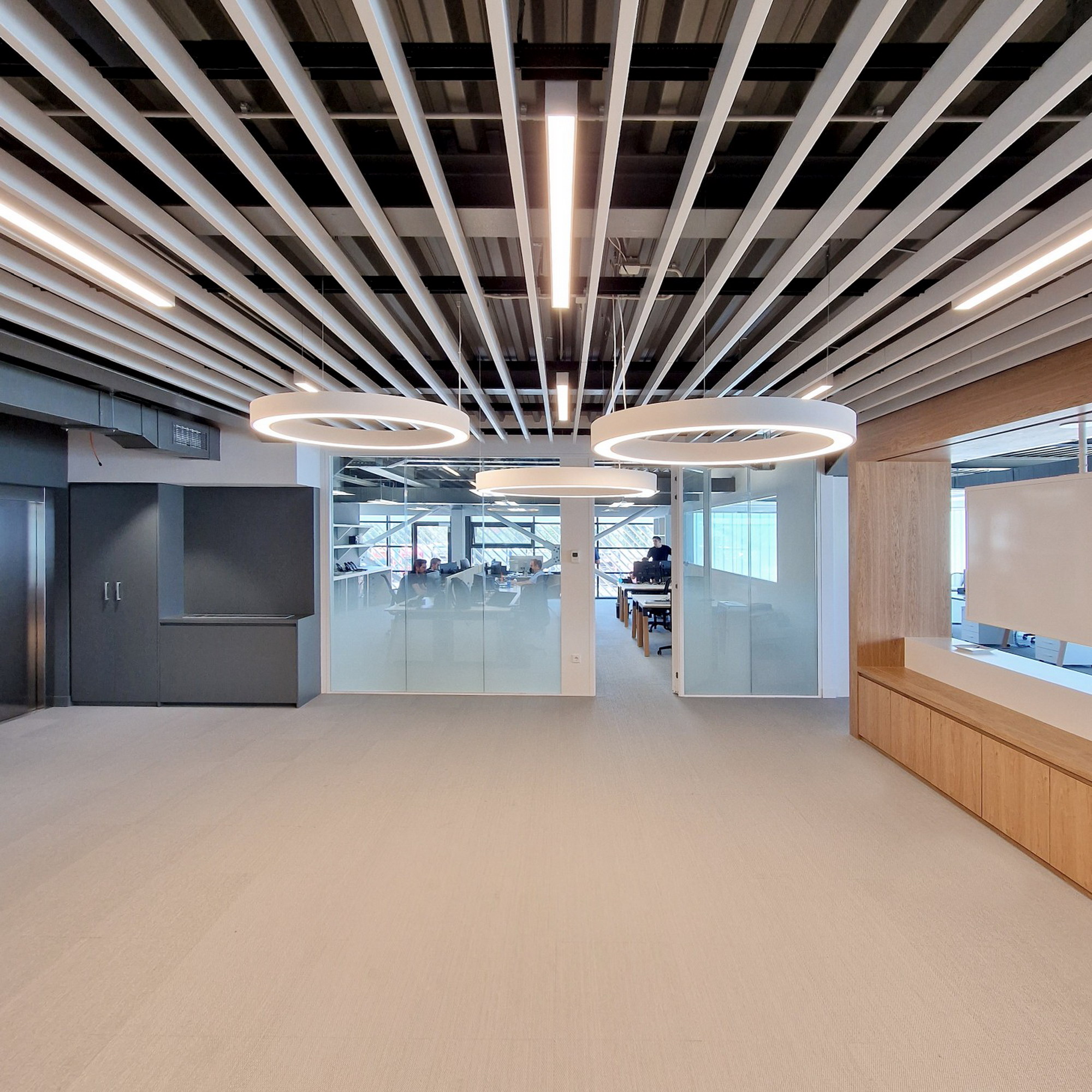 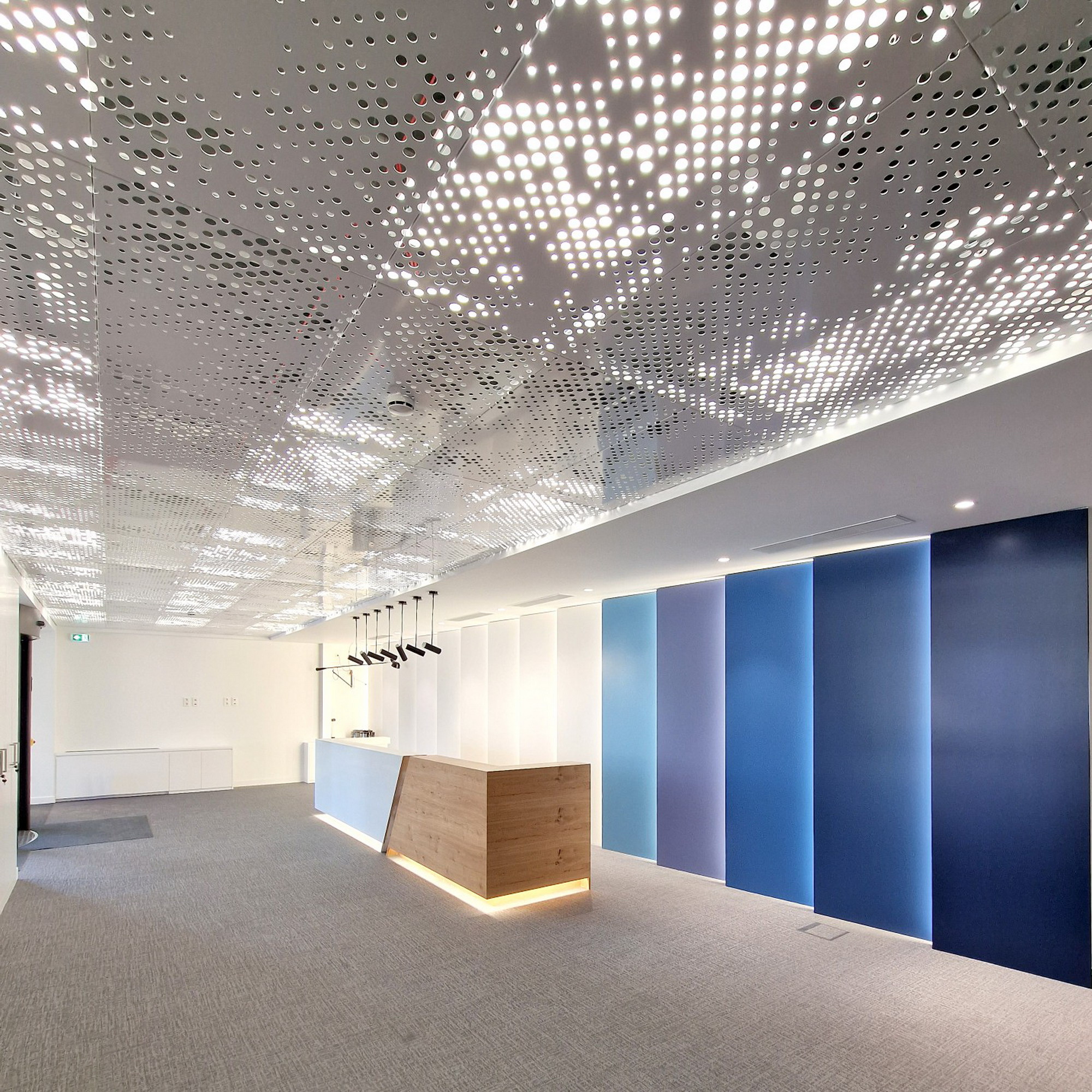 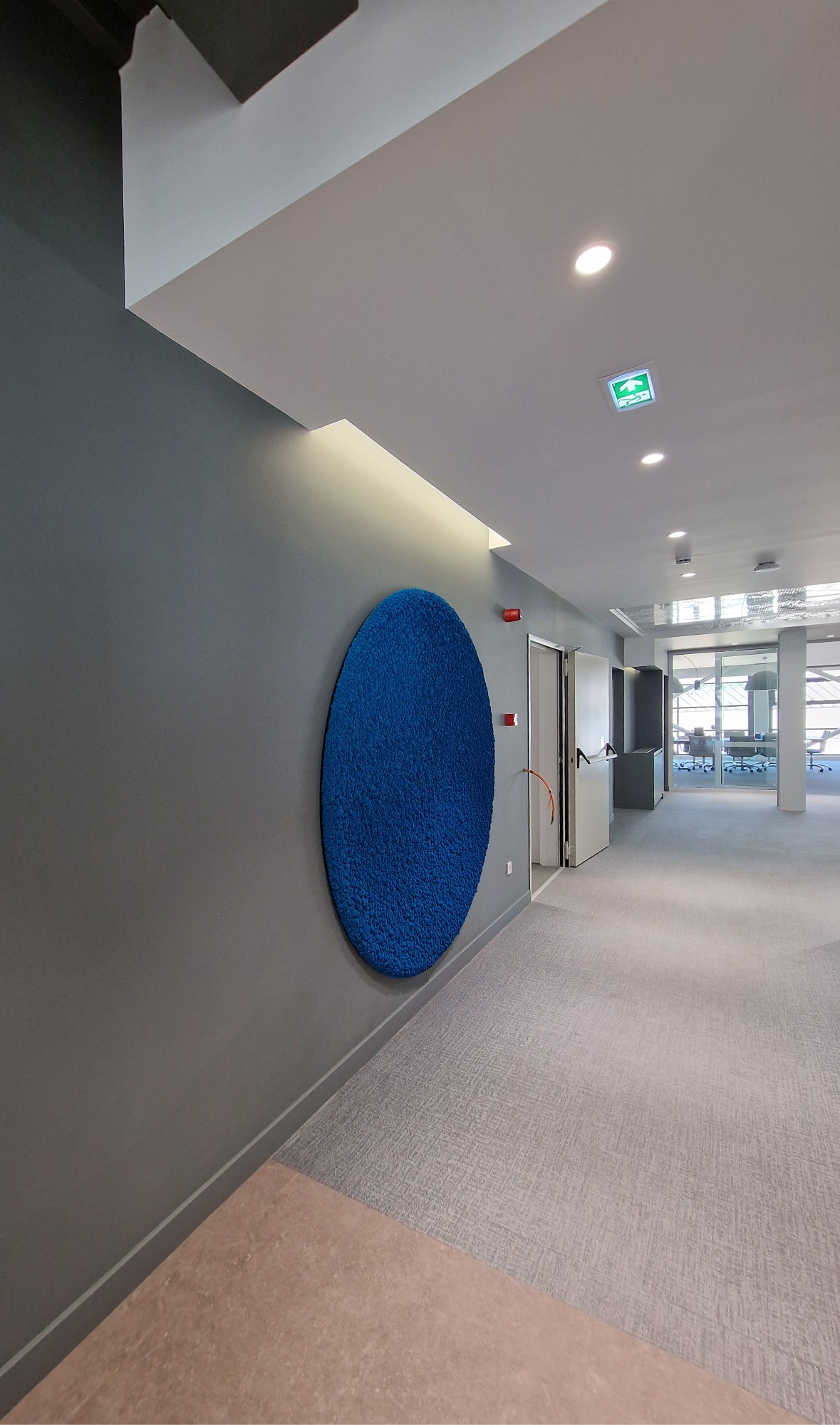 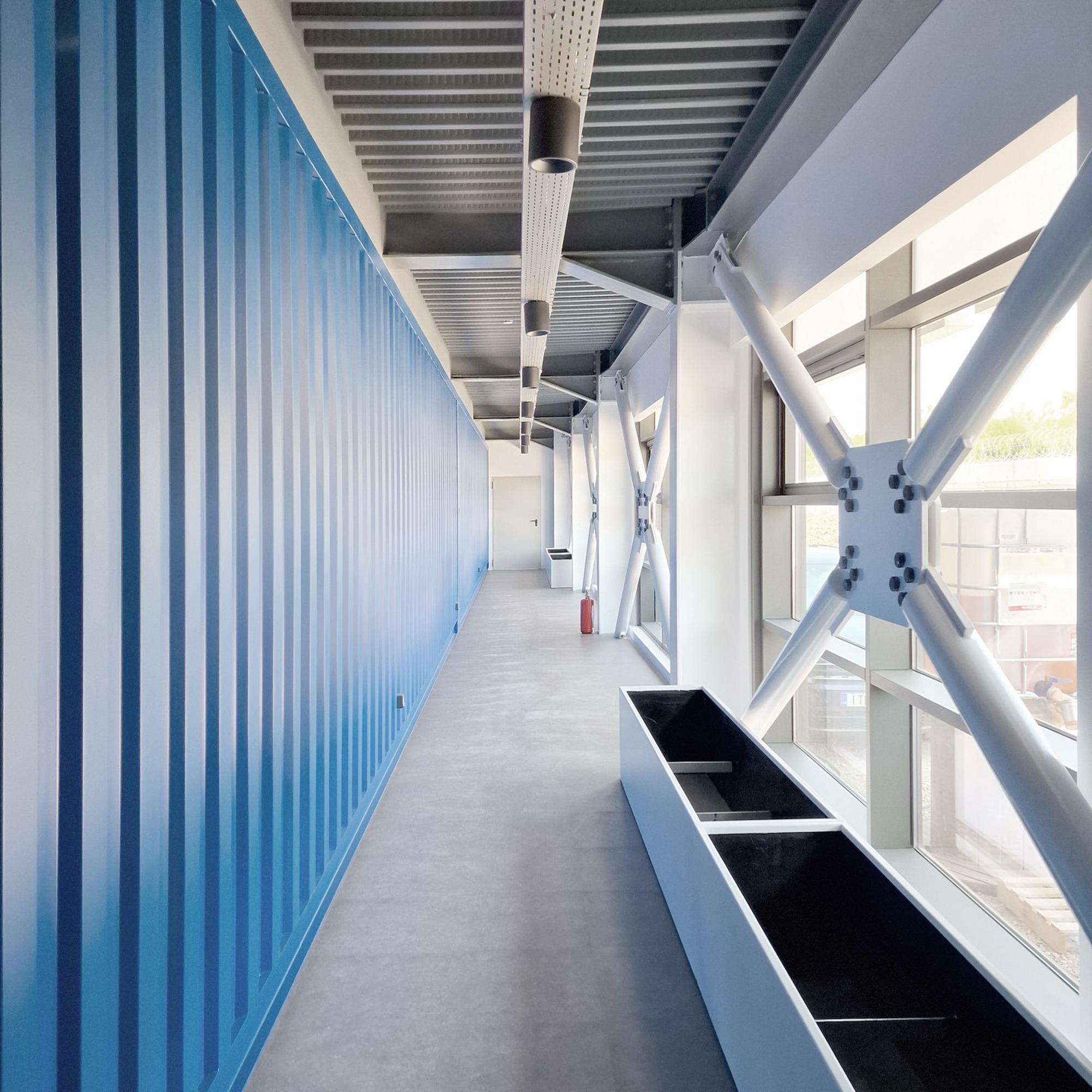 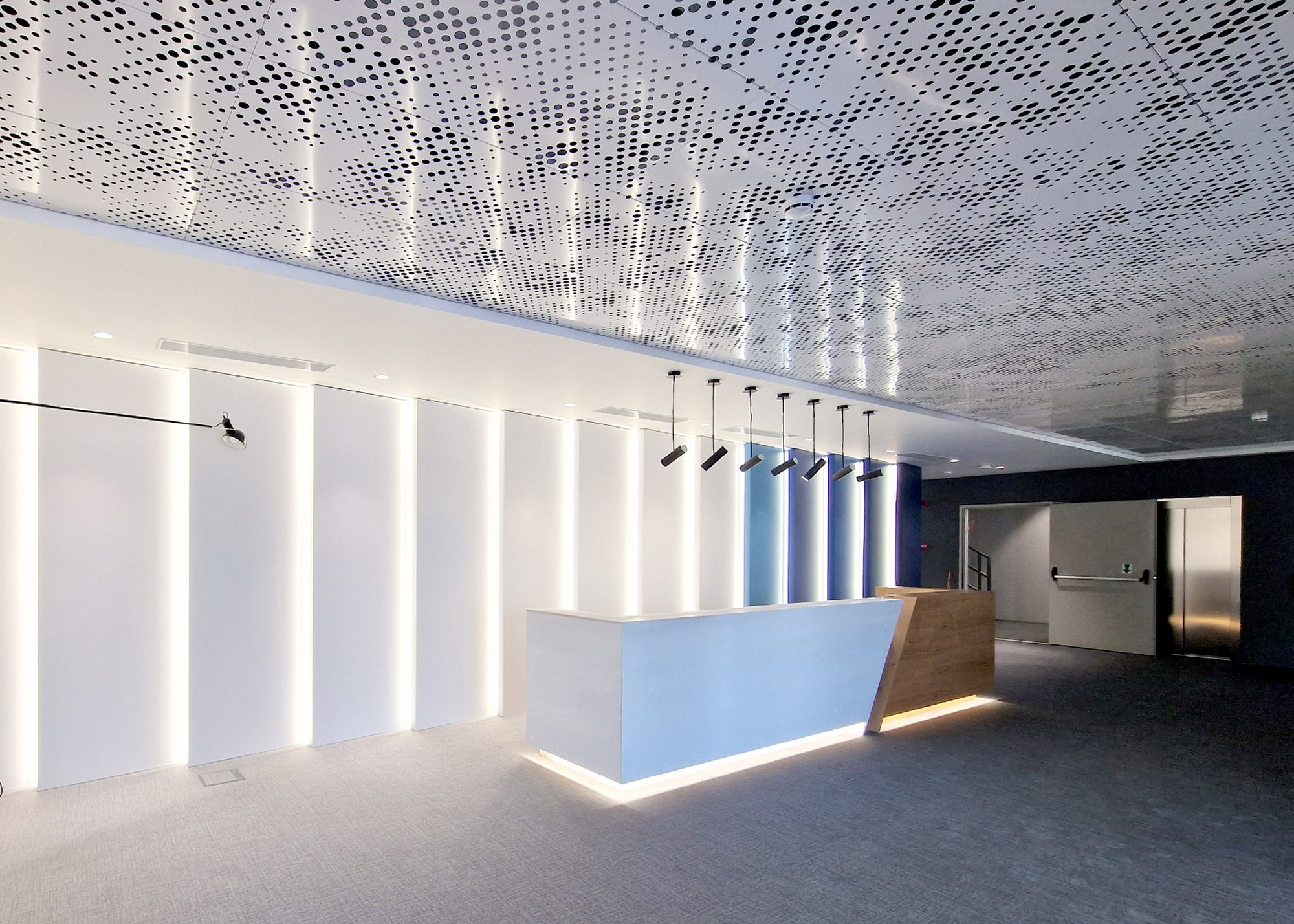 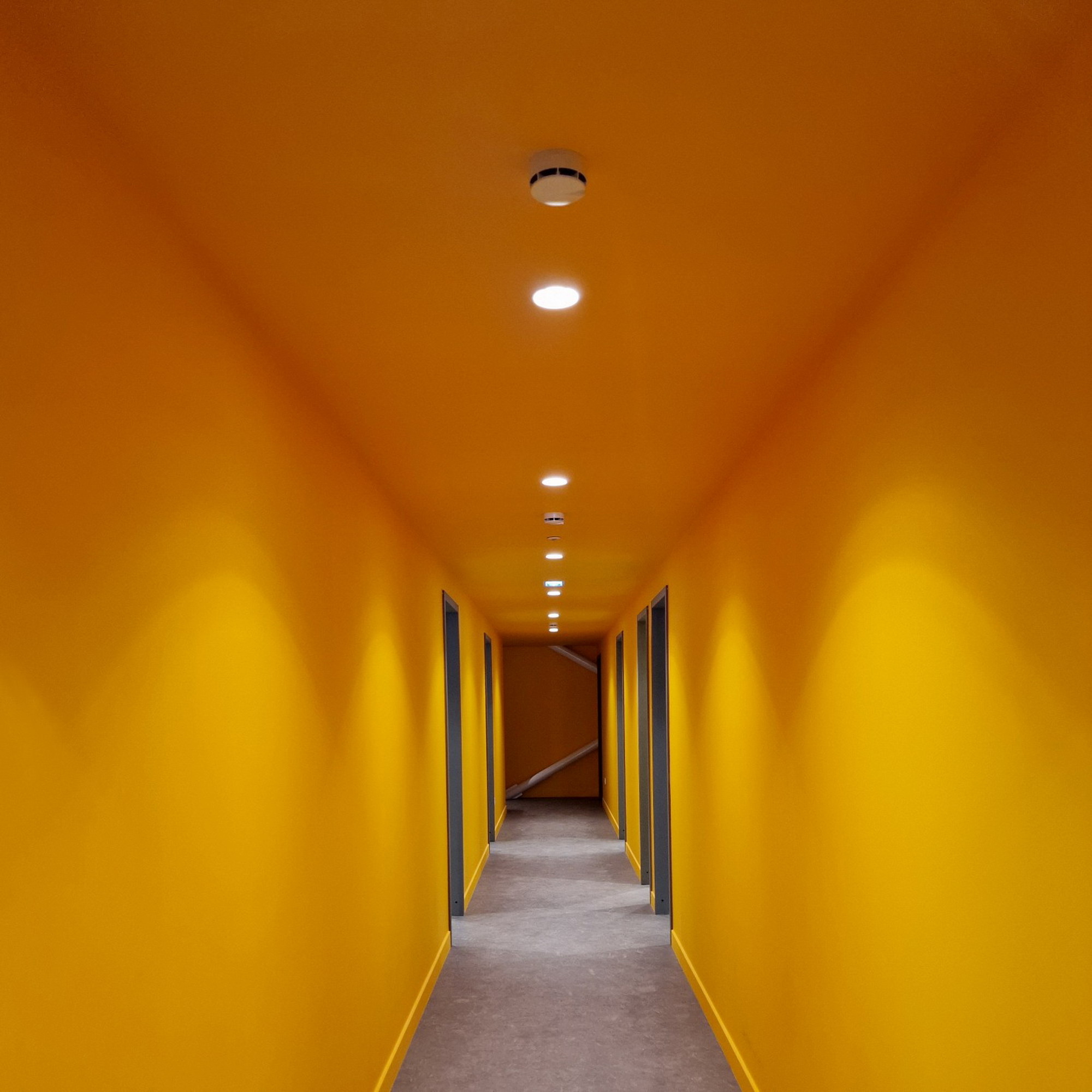 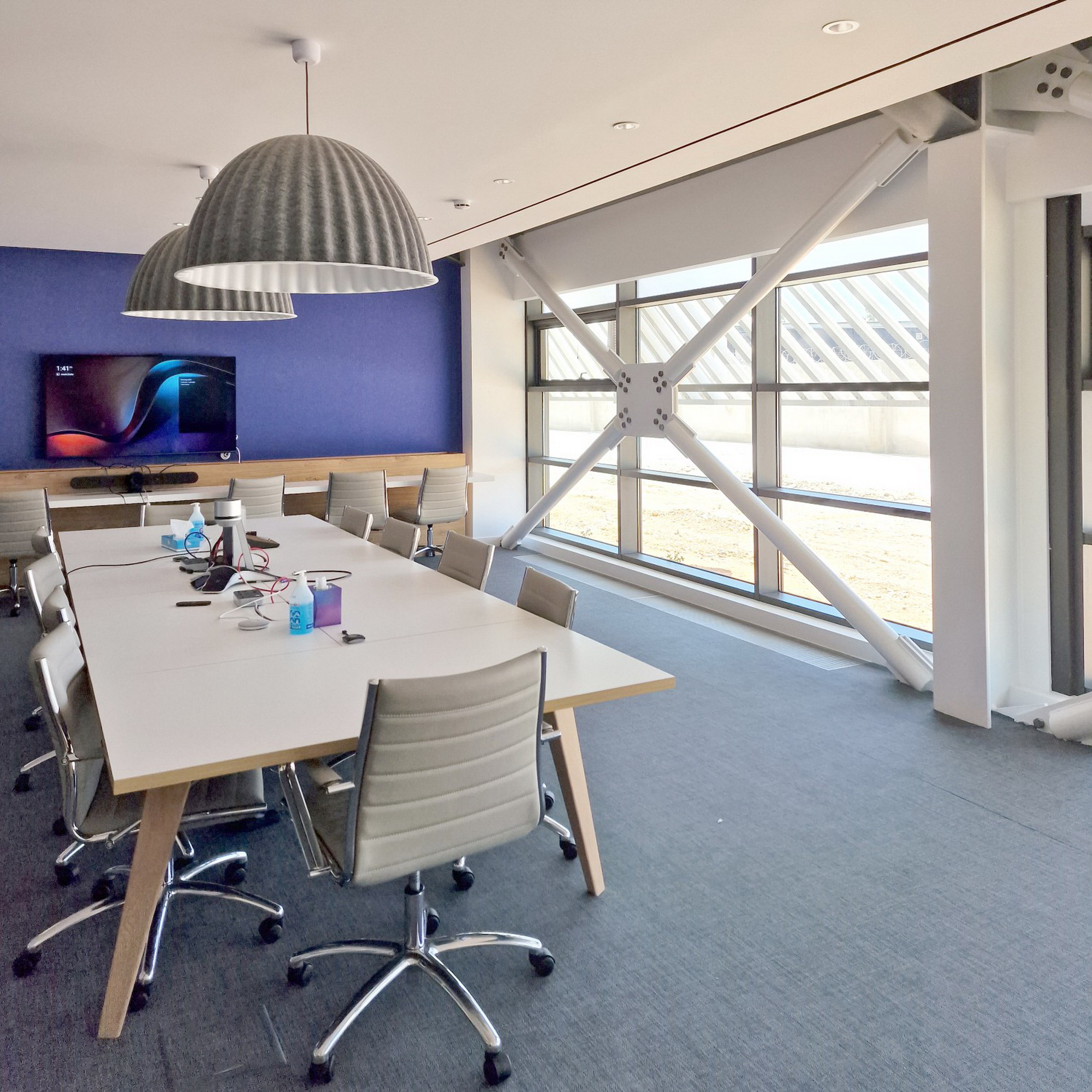 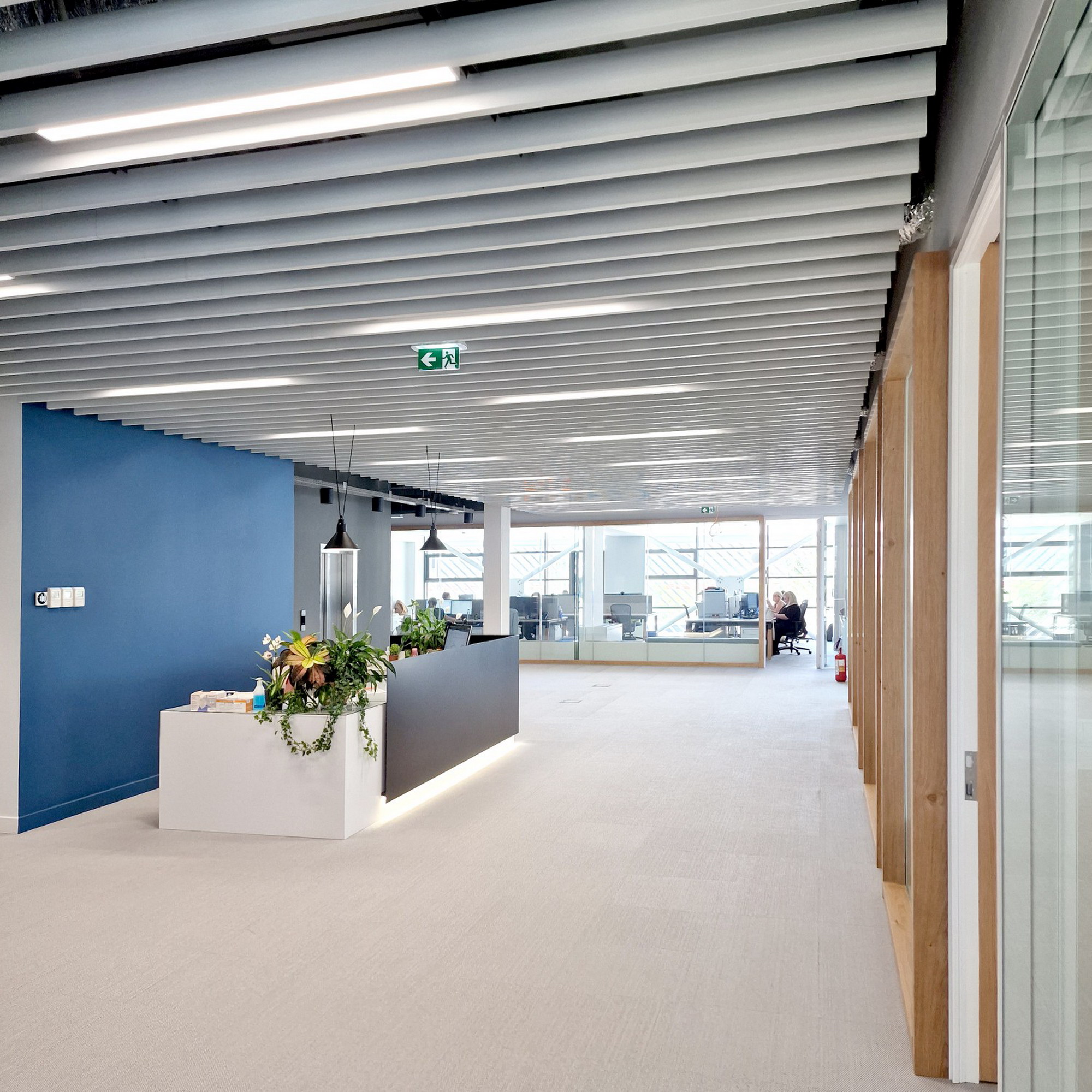 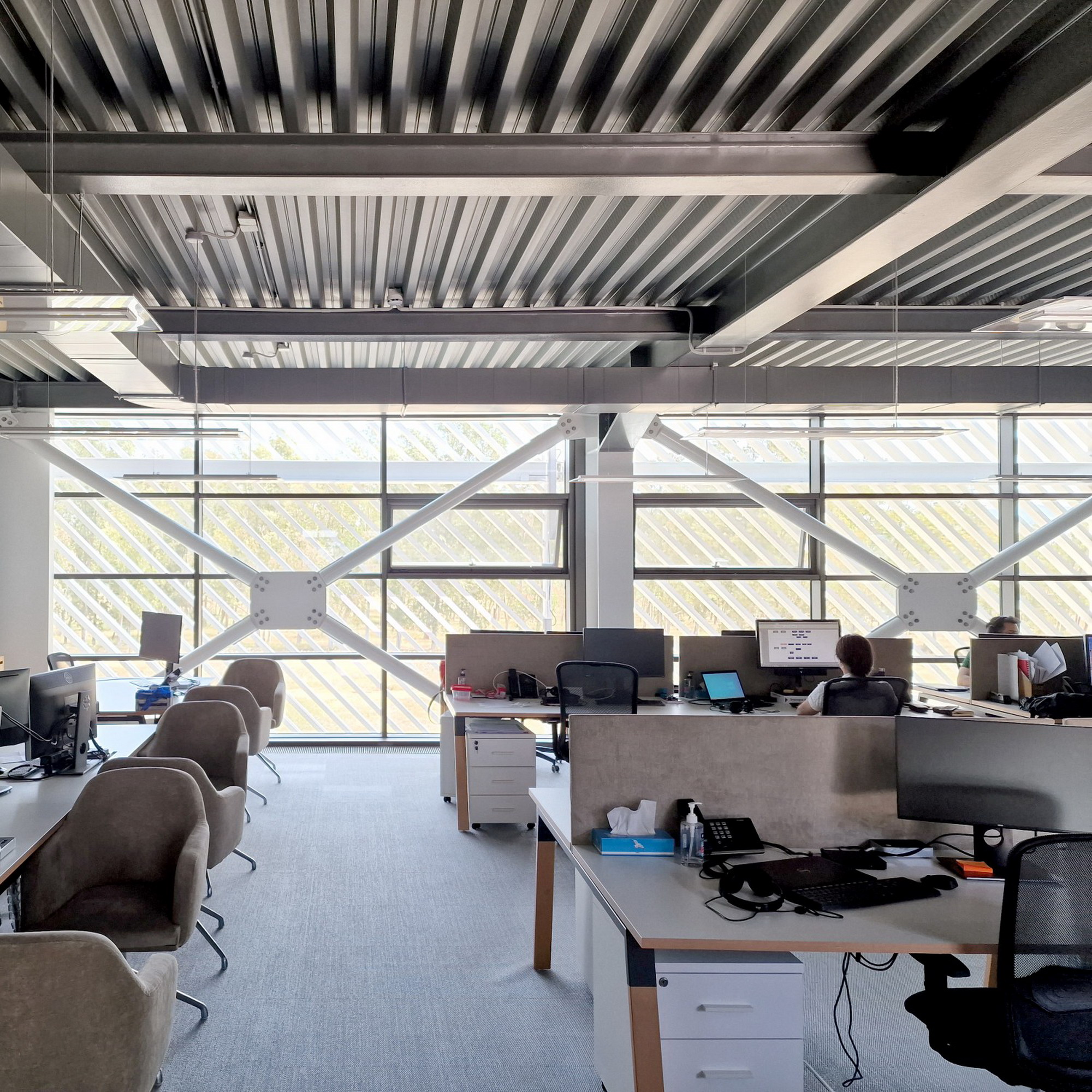 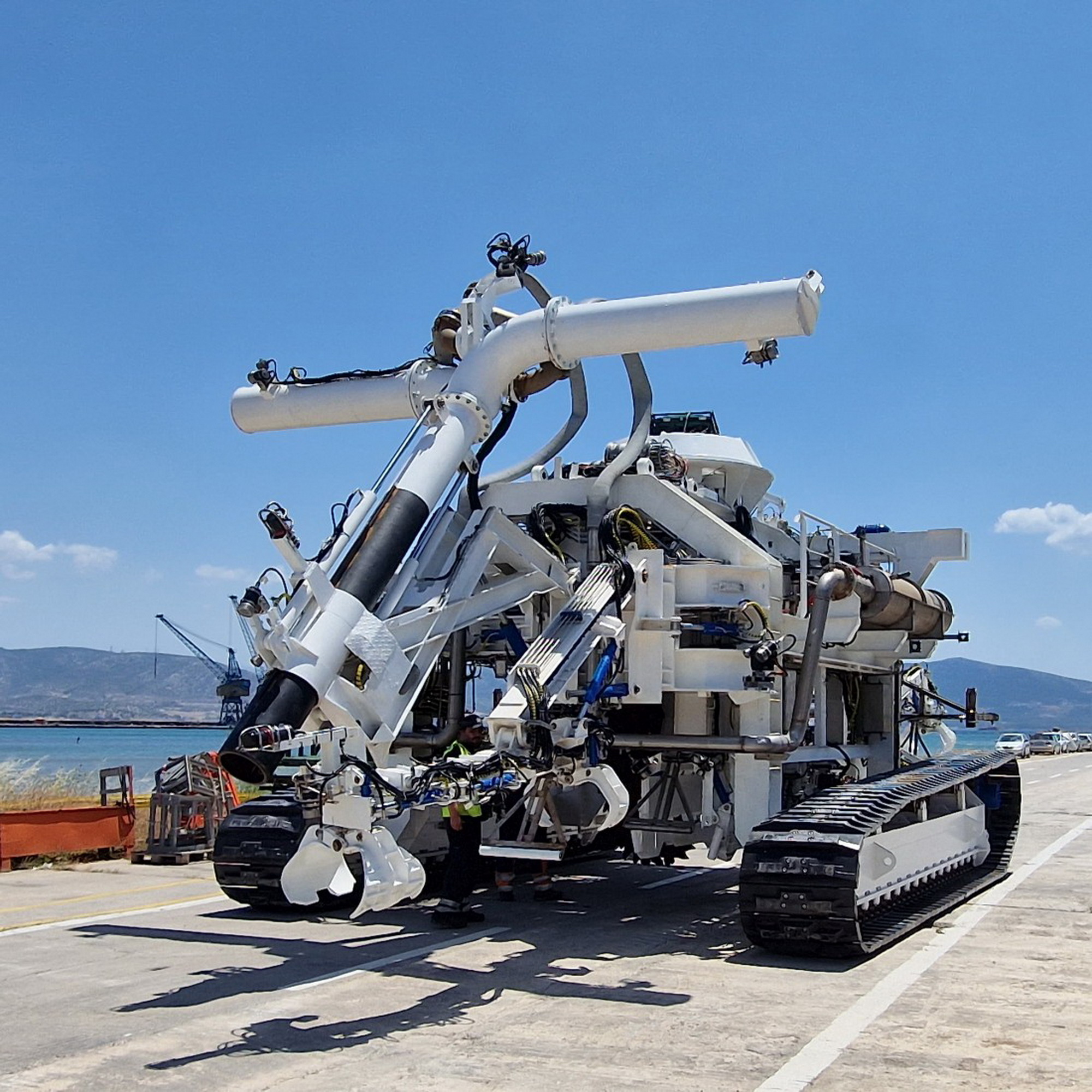